What is the difference between White Supremacy and Racism?

White supremacy and racism are both different concepts that seek to create a hierarchy of people based on the color of their skin. Racism is often used as an umbrella term for prejudice towards all races, but white supremacy specifically refers to the belief that whites should be considered superior to other races. White supremacists believe in racial segregation and discrimination against non-whites. Discrimination can come in many forms such as denial or refusal of service, violence, and dehumanization. White supremacy is usually described as one form of extremism among many others like nationalism or fascism for example. 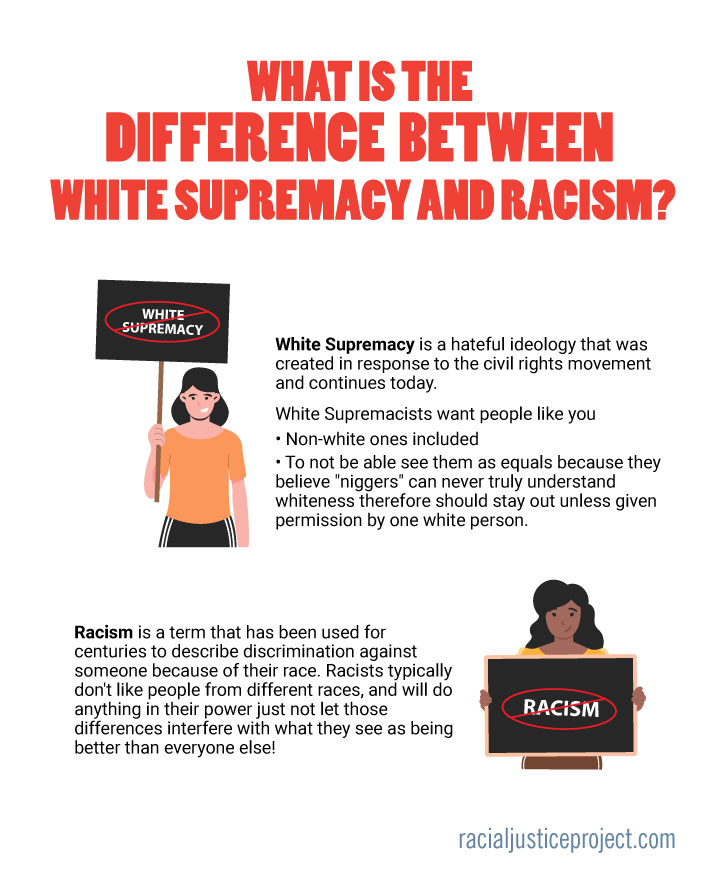